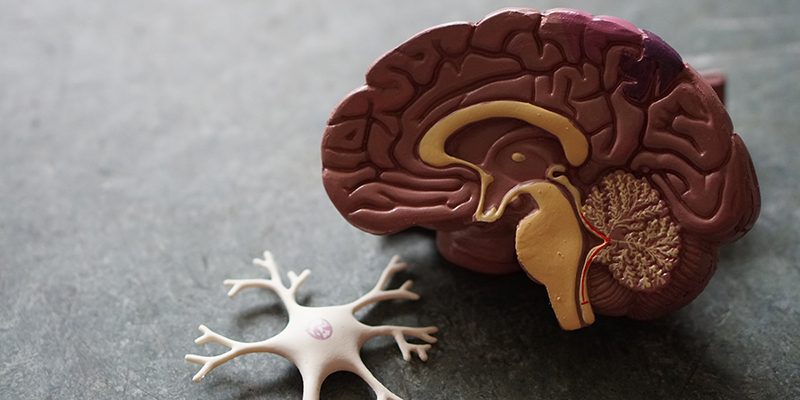 Experts from the University of Nottingham have discovered that reversing the modification of molecular messages at synapses in the human brain, may contribute to reversible mental health conditions such as anxiety, and memory diseases such as dementia.

The findings , published in Molecular Psychiatry, are a major step in our understanding how brain cells communicate, and could help to identify new treatments for neurological and psychiatric conditions.

The research was led by Dr Helen Miranda Knight in the School of Life Sciences at the University of Nottingham, along with researchers across the Schools of Medicine, Life Science, and Bioscience. It was conducted using the University of Nottingham’s state-of-the-art Deep seq, SLIM microscopy, and, Nanoscale and Microscale Research Centre facilities.

Nerve cells in the human brain talk to one another at sites called synapses, where molecules are released to signal to the next cell. When people learn or remember things, this signalling is strengthened. When communication between synapses goes wrong, circuits become broken. As more circuits are lost, this changes how people can think and perform everyday tasks. This is seen in cognitive disorders, such as forms of dementia and some mental health conditions.

The function of nerve cells and synapses depends on proteins that are made using information encoded in genetic material called RNA. It is thought that RNAs are located exactly where and when they are needed for synaptic signalling because some kind of synaptic ‘tag’ labels the correct active synapse. Scientists have recently learnt that RNA can have a methyl group/molecule added to one of the RNA bases which ‘marks’ the RNA message. Such adding of methyl groups can influence proteins binding to DNA or RNA and consequently stop proteins being produced.

This new study shows that RNA marking can be reversed at synapses and hence may act as a ‘synaptic tag’. The findings suggest, that if disrupted, this could cause synapses and nerve cells to malfunction by influencing the formation of toxic protein clumps.

The researchers used advanced microscopy to examine changes in marked RNAs in time and location at synapses, and a sequencing technique to characterise ‘marked’ RNAs in brain tissue from the hippocampus, a region of the brain very important for memory formation.