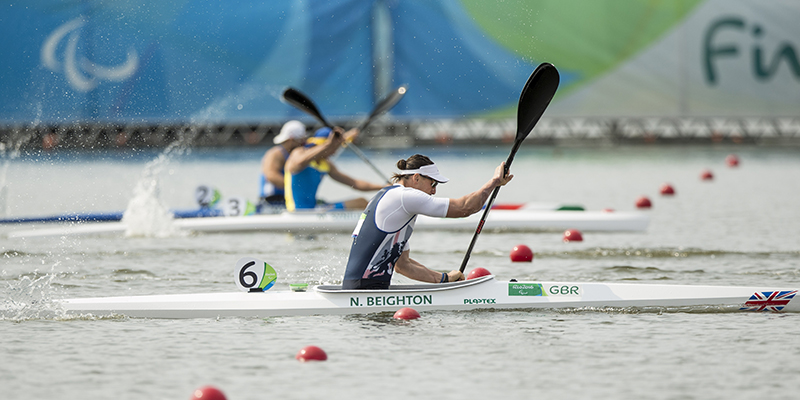 Millions of viewers watched athletes competing in 22 sports, in the 2020 Tokyo Paralympics. They watched a swimmer with one arm compete against an athlete with a missing limb or a canoeist with an amputated leg paddling against someone with two lower limbs and questioned how could this be fair? How could athletes with such differing sets of physical abilities compete against each other?

The answer is found in the classification system – the structure that underpins all para sport and performs two critical functions. Classification establishes whether athletes are eligible to compete in para events, and then separates athletes with different sets of impairments into classes, based on the impact of the impairment on performance. Ensuring athletes are classified correctly and competing against others whose impairment affects them to a similar extent is critical to creating a level playing field and safeguarding the integrity of competition.

Because its outcomes have such an impact on athletes, Paralympic classification can be controversial. In the past there have been claims of athletes and nations looking to game the system. In the most notorious episode involving para sport, the Spanish disability basketball team was stripped of their gold medal won at the 2000 Sydney Paralympics, following revelations most team members were not intellectually impaired. To be included in the Paralympics, the International Paralympic Committee (IPC), the para movement’s governing body, requires all disciplines to establish a sport-specific, robust, and evidenced-based classification framework.

Paracanoe is a canoeing discipline for athletes with trunk and leg impairments raced over 200 metres. In this sport, athletes compete in two events – para-kayak or para-va’a which are distinguished by the boats used. Para-kayak is contested in a kayak which is thrust forward with a double-bladed paddle, whereas para-va’a is raced in a Polynesian canoe with a pontoon as a support float and propelled using a single-blade paddle.

The Swedish School of Sport and Health Sciences, GIH,[1] collaborated with Loughborough University’s renowned Peter Harrison Centre for Disability Sport and the International Canoe Federation (ICF) to conduct research to establish vigorous evidence-based classification systems for paracanoe. Loughborough University academics worked closely with ParalympicsGB paracanoe athletes and international classifiers in their investigation of the differences in paddling power output between paracanoe athletes and able-bodied athletes and between athletes with differing impairments.

Based on the study, a new ground-breaking evidence-based system for categorising physical impairments in para-va’a was established. Academics extended the research to demonstrate the inter-rater reliability of the system – the extent to which classifiers were categorising athletes with similar impairments consistently, and found the system was robust and credible.

John Edwards, the Chair of the ICF said “This was a major and significant achievement. Without this collaborative research involving the PHC at Loughborough University it would not have been possible”.

The new classification requires paddlers to undergo a physical test, technical test and in-competition observation conducted by ICF trained classifiers – a doctor or physiotherapist and a technical classifier, usually a coach. Once functional mobility is assessed, paddlers are allocated one of three physical impairment classifications: VL1, VL2 or VL3. Athletes in VL1 are least impaired with good trunk function, whilst those in VL2 have partial trunk function and VL3 athletes, the most severely impaired, have no trunk function.

This was a major and significant achievement. Without this collaborative research involving the Peter Harrison Centre at Loughborough University it would not have been possible.

Insights developed through the combined research substantially increased understanding of evidence-based systems and shaped the creation of a vigorous para-va’a specific classification system underpinned by empirical evidence. This new system was approved by the IPC in 2017 and led to the inclusion of men and women’s VL2 and men’s VL3 para-va’a in the 2020 Tokyo Paralympic Games, bringing the total number of paracanoe disciplines to nine, including six para-kayaking events which debuted in the 2016 Rio Games. Paracanoe will also be one of the 22 sports contested in Paris 2024 as the IPC opted to continue with the same programme used in Tokyo but with one addition – the women’s VL3. With this inclusion, there will be gender equality in paracanoe with both male and females competing in five events.

With the expansion of paracanoe events, athletes have been beneficiaries of the new system – demonstrating the research’s impact beyond its immediate objective. The use of two different types of boats has made the sport more accessible to people with a different range of impairments and opened possibilities for athletes to move into the sport or transition between para-va’a and para-kayak.

The IPC’s acceptance of the classification system and consequential inclusion of para-va’a in the Paralympic programme in 2017, directly resulted in UK Sport increasing funding for British Canoeing by 27%. UK Sport recently injected an additional £11.2 million to support the Olympics and Paralympics in 2024, which British Canoeing welcomed, as it will improve investment in paracanoeing.

Investment contributed to Great Britain’s success as the world’s most successful paracanoe team; six athletes returned with three golds and two bronze medals from six para-kayak events at the Rio 2016 Paralympic Games, whilst ParalympicsGB topped the medal table in Tokyo 2020 with three gold medals, a silver and three bronze medals. Of these, three medals were secured in the para va’a – a gold from Emma Wiggs in the VL2, a bronze from Jeanette Chippington in VL2 and a bronze by Stuart Wood in the VL3.

In terms of the development of the sport, I think that this project has a huge impact both on the elite aspects but also on the on the talented athletes that we’ve got coming through.

ParalympicsGB’s success has also filtered down to grassroots levels. It has raised the profile of the sport amongst the public and made kayaking and rowing more inclusive to those with disabilities. British Canoeing launched the Paddle, Perform and Podium initiative to find and nurture talent from grassroots to elite level to continue Britain’s success at international level.

The research conducted by Loughborough University in collaboration with international partners, has had a significant impact on paracanoe well beyond academia.