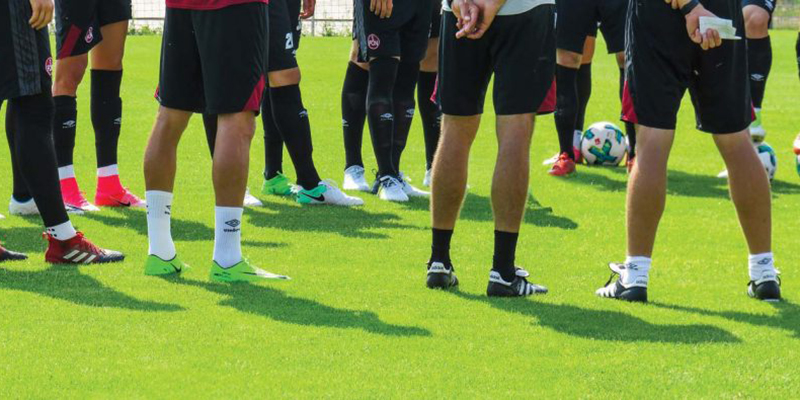 Teammates are influential in creating environments that can have both a positive and negative impact on the development of disordered eating habits among athletes, Loughborough research has found.

A recent systematic review of the research in this area, carried out by the School of Sport, Exercise and Health Sciences’ PhD student Charlotte Scott, Dr Carolyn Plateau, Lecturer in Psychology and Dr Emma Haycraft, Reader in Psychology, found two key mechanisms of influence: teammate pressure and teammate support.

Evidence from studies included in the review suggested that negative influences from teammates may promote body dissatisfaction and facilitate disordered eating within teams. Such ‘negative’ influences include having teammate relationships characterised by conflict and distrust, receiving critical comments from teammates about weight and shape, and competitive comparisons between teammates around body appearance, weight, and shape, which can all lead to problematic eating practices being adopted by team members.

Teammates are often identified as having a negative influence on athletes’ eating attitudes and behaviours, however the review revealed that they may also play a protective role against the development of disordered eating in athletes.

The prevalence of disordered eating is higher among athletes than the general population due to heightened appearance pressures and emphasis around the importance of obtaining the optimal weight and shape for sports performance.

Research has traditionally focused on female athlete experiences of sport related pressures (from the athletes’ coach and teammates) around weight and body image, however more recent research has identified that male athletes also report experiencing these pressures.